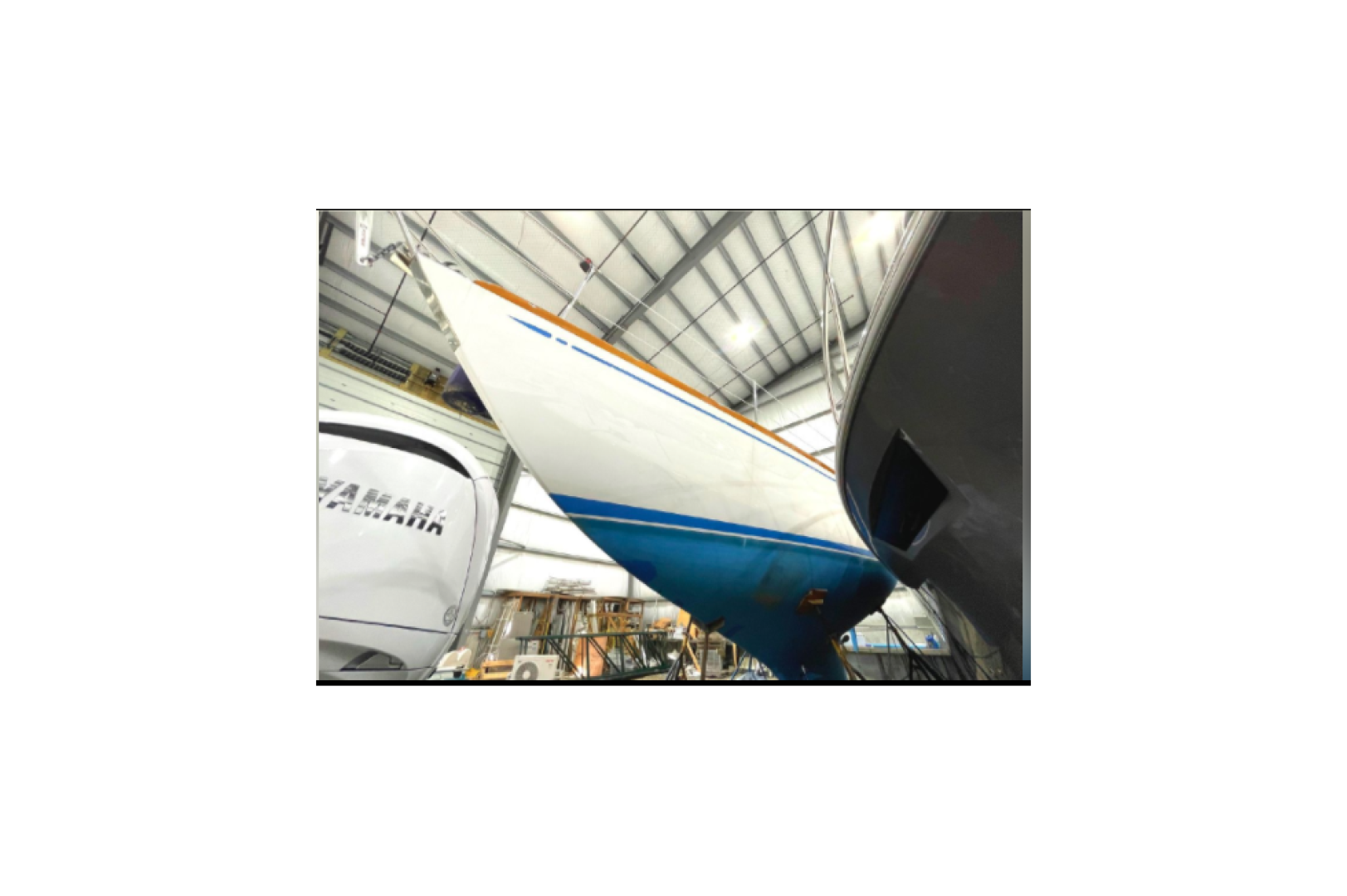 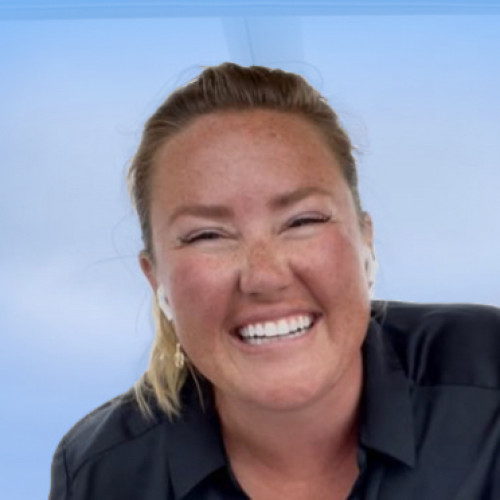 Classic Sparkman & Stephens design in nearly bristol condition - primed for her next steward to enjoy! Her 2015 Pre-Purchase Marine Survey is available for review as well as full details of her earlier refit done by the Swan Certified, Jamestown Boat Yard. 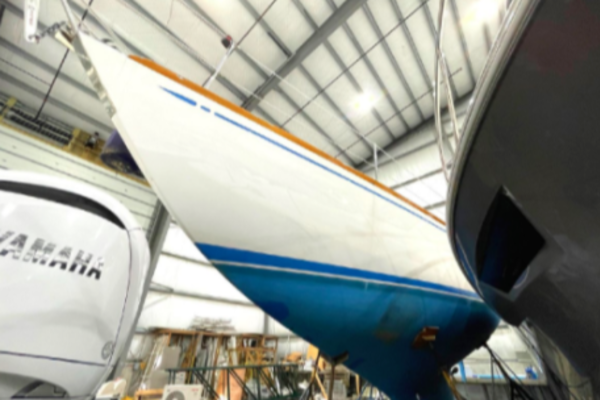 Formally named 'Estrella Del Sur' this classic swan was purchased by her Seller in 2015 after undergoing an extensive refit in 2010 at Jamestown Boat Yard. Her ownership history is brimming with stewards of this classic S&S design. She has received top of the line care and keeping and has been carefully kept to be as original as possible.

Her hull is constructed of solid FRP, with balsa cored decks, diamond pattern two-toned non-skid decks and a foam cored rudder with SS post. Her exterior hull/ topsides are in white Awlgrip with a blue cove and boot stripe. The bottom finish is smooth, consistent and done in blue ablative bottom paint. She's outfitted with a lead fin keel with stainless steel studs which mount into the moulded keel grid, single spreader mast, three-blade fixed 15 x 12 type propellor in bronze with a 1" shaft. Her thru-hull fittings are bronze. She does boast a few modern amenities like a sound system and 16,000 BTU Cruise Air Air Conditioning/ heater.

The cockpit is aft with 5 ft long benches to port and starboard and a varnished teak tiller. There is one deck lazarette in the aft starboard quarter of the cockpit- contained within is a rack for two CNG tanks (one tank is included in her inventory). The shifter and throttle controls are combined into one lever that is conveniently located below the cockpit lazarette and easily reached by the skipper. She's also outfitted with a Raymarine p70 control head, 12v actuator tiller pilot for her autopilot system. The companionway is flanked by two 4-inch Airguide Gemini bulkhead-mounted compasses to port and starboard.

Located in an arch over her companionway there is a full suite of B&G speed, wind and depth instruments. The Garmin GPS is mounted on a swing out bracket under the companionway, the second Garmin unit is mounted to a pedestal pod below at the navigation station. The engine panel is located on the forward face of the cockpit.

This classic Swan’s sail inventory is comprised of a lightly used main and jib, cut in 2009- and a blue mainsail cover. She's outfitted with a stainless steel stern rail & custom made bow rail with anchor attachment system. All her stanchions are stainless steel, inserted into stanchion bases which are thru bolted through the deck. The lifelines are vinyl-coated (replaced in 2013). She’s also equipped with a swim ladder and cockpit cushions. Her two-tone gelcoat decks, with molded diamond non-skid, have an application of Awlgrip with Griptex non-skid over laid.

As you proceed forward along this classic vessel's side decks, you'll notice her nicely maintained and varnished teak capped toe rail, 10 chrome, New Found Metals, operating ports (five per side), and three stainless steel dorado vents. Her hatches are custom OEM varnished teak and have very slight crazing to the plexiglass; the forward most hatch has a solar powered vent to encourage constant natural ventilation. The mast partners have a G-10 collar that secures the boot for the mast as it passes through the deck. At her bow there's a sizable anchor.

Her interior is a mix of koto and teak wood with re-varnished marine ply board soles. As you descend her centerline companionway through a sliding overhead hatch, you’re treated to a surprisingly well preserved classic. Her previous refit afforded her interior many updates, including: all freshly varnished finish surfaces and new navy cushions. There are ten chrome opening ports which provide ample light and natural ventilation. Overhead, and within easy reach, are varnished salon handrails. The lighting throughout the vessel is done with LED dome lights in the overhead.

Directly to port is her dedicated navigation station with lift-top chart table. This set-up includes ample chart storage, a secondary GPS display and drawer storage below for ease of organization. The electrical panel is located just at hand from the navigation station. Two quarter berths are aft, to either side of the companionway ladder steps. Both are equipped with lee cloths and organized line storage hangers. Her quarter berths are 74” long and taper from 32” to 15”.

The U-shaped salon seating can be converted to allow for an additional double berth. The outboard edge of this settee is a comfortable 78” long. She's equipped with two cabin speaker in her salon. The Perko Off-1-2-Both house battery switch is ankle height on the outmost settee of the salon.

Her head is athwartships and forward of the main salon. This simple compartment includes a marine toilet with Y-valve for deck or overboard pump-out, storage and separate sink. Her freshwater storage system is a rubber bladder tank- operated via hand pump.

Enclosed in the privacy of a sliding door is her forward sleeping accommodations: This V-berth is a focsle cabin with center cushion insert, two operating ports for natural ventilation and a sizable overhead hatch, hanging locker and cabinetry. The forepeak is 72” long, its widest point, at the aft end of the berth, is 76” wide and tapers to 10”.

Engine space is insulated with Sounddown with a lead liner

Welded Aluminum fuel tank- under cockpit sole, with shut off valve at top of tank

All domestic water is operated with manual/ foot pumps

All smooth and nonskid surfaces Awlgripped, including molded track wedges -2010

2nd set of sails: main and genoa- date unknown, noted to be in serviceable condition

Engine and generator hours are as of the date of the original listing and are a representation of what the listing broker is told by the owner and/or actual reading of the engine hour meters. The broker cannot guarantee the true hours. It is the responsibility of the purchaser and/or his agent to verify engine hours, warranties implied or otherwise and major overhauls as well as all other representations noted on the listing brochure.

The company offers the details of this vessel in good faith but cannot guarantee or warrant the accuracy of this information nor warrant the condition of the vessel. A buyer should instruct his agents, or his surveyors, to investigate such details as the buyer desires validated. This vessel is offered subject to prior sale, price change or withdrawal without notice.

Growing up in Kennebunk, Maine, Charlotte has spent most of her life on the water. Her mother taught her how to sail on a wooden boat her grandfather built and she has spent every summer since racing around the buoys aboard dinghies and big boats along the coast of New England. She holds a USCG license as well as a bachelor's degree in Political Science with a focus in American Public Policy and Constitutional Law from St. Mary’s College in Maryland.

During her summers off from college, Charlotte taught at and managed the junior sailing program at SailMaine. After earning her degree, she worked as a project coordinator for a utility company. Trading in her hardhat to return to life on the water, Charlotte took her STCW-95 and went to work on private yachts and joined the crew at True Course Yachting as a First Mate and detailer. She then moved back to Maine full time to manage Chicks Marina in Kennebunkport. She is an ABBRA (American Boat Builders & Repairers Association) certified Marine Service Manager. During her tenure at Chicks, the marina was awarded the MarinaLife third and then second best small marina in the US and the Elite Fleet and Boaters’ Choice awards from Marinas.com and Dockwa, both for a five-star customer experience!

Charlotte has done extensive one design racing throughout the United States- most recently campaigning J24s. She is a boat owner and member of the Portland Yacht Club. Her passion for customer service and connecting with people in the yachting industry led her to join East Coast Yacht Sales to help her fellow boaters into their dream vessels!